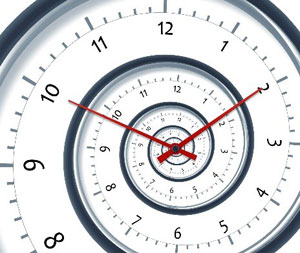 Now, just hold on and wait a minutes!

Taking minutes for a meeting can seem daunting, but really, if you are prepared with a template and actively listen during the meeting, minutes can be a breeze. For governance committees we follow guidelines set forth in Administrative Regulation 2511, the Governance Document. The section to review is the “Communications and Operations”, item number three. It states that:

3. Minutes should include the following information:


Based on the above requirements, how would one go about creating a minutes template for an upcoming meeting? First, simply use the agenda as a template; by doing so, you are ensuring that all agenda items are included within the minutes. Next, add key pieces of information as stated above, and voilà, you have your minutes template.

Let us now take a closer look and focus on ‘g. brief rationale of motions/actions’.
A brief rationale of decisions made, hmmm, what does this mean? When a committee votes or takes action or agrees on some action, it is helpful to the reader to read about how the committee came to make that decision. This definitely does not mean that we record committee discussion verbatim. What we are looking for is a brief explanation that supports the decision or action that was made.
ra·tion·ale
/ˌraSHəˈnal/
noun

noun: rationale; plural noun: rationales
a set of reasons or a logical basis for a course of action or a particular belief.
"he explained the rationale behind the change"

An example from the Student Affairs Committee:

It was MSC (Hoehn/Mora) to approve BP 5220: Shower Facilities for Homeless Students.

BP 5220: Shower Facilities for Homeless Students will be forwarded to College Executive for consideration after the corresponding administrative regulation has been approved.

Or it could read as briefly as the College Executive Committee:

It was moved (Ms. Aziskhanova) and. seconded (Dr. Perez) to accept the actions of the Standing Committees.
The motion passed unanimously.

Another example from the Academic Affairs Committee:

MST (Schlueter/Cortes) to table approval of revised Administrative Regulation 4225.  Some issues were raised on the content of the presented document. Dr. Ritterbrown suggested that approval of AR 4225 be tabled until he gets clarification on the raised issues and will bring it back to the next meeting.

Having a brief rationale that is tied to a motion or action of a governance committee helps the reader understand why and how the committee came to this conclusion. Furthermore, minutes are not only read by members of the committee, but also read by persons that were not at the meeting. Other readers may include accreditation site visitors, or GCC employees that want to familiarize themselves with a committee by reading minutes; these persons may not be familiar with the discussion or work done by the committee. And that is the rationale for providing a brief rationale within committee minutes.