There was excitement on the Garfield campus as the Noncredit ESL Division organized, for the first time, a documentary screening for the Verdugo campus in the spring, as well as the Garfield campus this past July. The film, The Other Side of Home, addresses the long-lasting psychological effects of the Armenian Genocide through the lens of a Turkish woman, dealing with her personal conflict of being a Turk of Armenian ancestry. The April screenings were in conjunction with the One Book/One GCC program, a coordinated effort between Associate Professor of English Lara Kartalian, Coordinator of the program, and Assistant Adjunct Professor NC/ESL, Harriet Cohen. About 75 NC/ESL students participated by attending their first ever Verdugo event on April 4 and 6 in Kreider Hall. It was a tremendous success, with standing room only, but so many of our staff and students from the Garfield campus were unable to attend and requested repeatedly to screen at Garfield. In July, Harriet arranged for two additional screenings to be held at Garfield, this time with not only writer/director, Nare Mkrtchyan present for Q & A, but also the film’s editor, Amy Rosner, and the film’s composer, Sherri Chung. Over 250 students and faculty from all Garfield Noncredit divisions attended. All were quite moved by the content and beautiful artistry with which the film was made. Instructors received materials, especially geared towards our ESL population, which they used to prepare the students so that they could not only understand the film but could also participate actively in the Q & A. A documentary series of this caliber is certainly a project worth working toward for the Garfield campus! 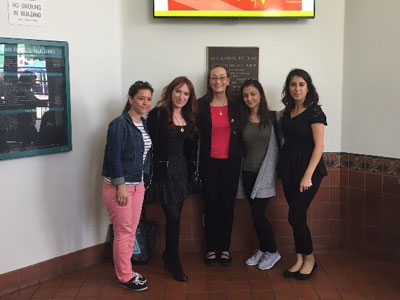 A few of the 75 Garfield students who visited Verdugo campus for the event grabbed a photo op with writer/director Nare Mkrtchyan, April 4, 2017 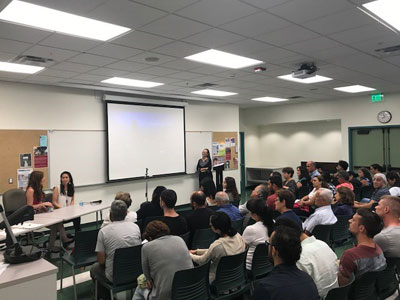 Q & A with Nare Mkrtchyan, writer/director, and Sherri Chung, composer, at Garfield, July 2017 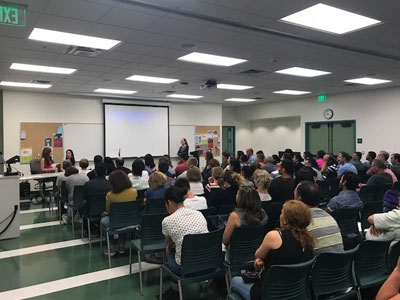 Garfield Campus, Q & A with Nare Mkrtchyan and Sherri Chung 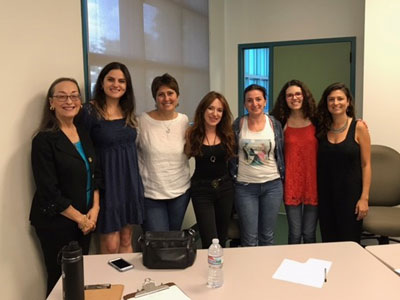 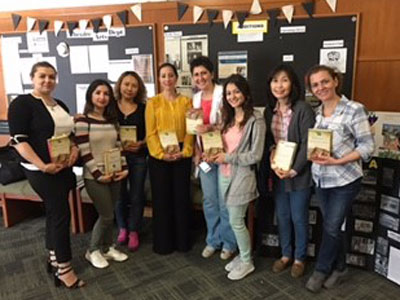 Garfield Students with their copy of Orhan's Inheritance autographed!

Garfield students also participated in the One Book/One GCC reading program, venturing to the Verdugo campus where they met Aline Ohanesian and got their copy of Orhan’s Inheritance autographed! The students, mostly from NC/ESL Levels 4 and 5, had been enjoying their weekly Reading Group, a new after-class activity facilitated by Harriet Cohen, NC/ESL. What a great sense of accomplishment they felt, reading their first novel in English and joining in the activities with credit students and faculty. Most of these students will be heading to credit classes in the fall.