Needless to say, we have so many amazing students at Garfield campus who begin a new life here in the United States with their first goal being to learn or improve their English skills in the NC/ESL program and/or to develop themselves through the Office Skills and Business Technology course offerings. Many of these unassuming students come to us with incredible successes in their native countries, and we are proud to serve them. It is a privilege to share the accomplishments and stories of several of these students. 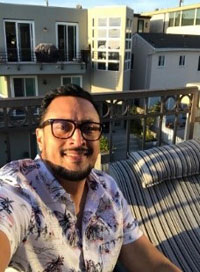 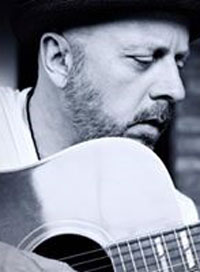 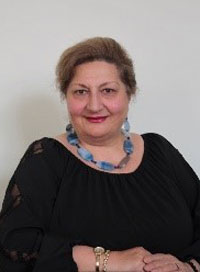 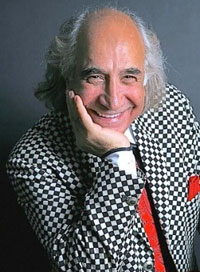 “These Venezuelans left their lives behind to escape political turmoil. From L.A., they pick up the protest.” (headline from the Los Angeles Times 9/22/17). I first met Eleazar Saldivia, a 42 year-old Venezuelan asylum seeker who arrived in L.A. in 2014, when he stepped into my NC/ESL 4 class and later attended my Advanced Conversation class. Eleazar was a federal criminal judge who refused to follow the dictates of a corrupt regime which demanded he overturn his sentencing of four policemen who had assaulted incarcerated anti-government protestors and allowed the escape of other prisoners. As a result of Saldivia’s refusal to change his decision, he experienced harassment which turned into threats, and he was finally forced to flee for his life. Saldivia explained, “I could have had a brilliant career in my country. I could have stuck to what they told me to do and have simply done everything they said. But I couldn't. My conscience and my education didn't let me." Saldivia remains a prominent figure in the fight against a corrupt government and frequently flies to D.C. to assist others fleeing from Venezuela under similar circumstances. More than 21,000 Venezuelans applied for asylum status in 2017. Read more at http://www.latimes.com/local/california/la-me-venezuelan-asylees-20170822-story.html.

Saverio Grandi, who came to Los Angeles from Italy about six months ago, is a renowned composer, singer, producer, and writer with over 300 songs to his credits. His songs have been performed by Italy’s prominent singers, and many of the artists who have recorded his songs have received prestigious awards, as has he as the composer. Those awards include the Nastro d’Argento for the Best Original Song (“A Sense”), a Grammy for “Benedetta Passione” sung by Laura Pausini, the Luneza Award, and an SIAE Award. In 2016 his song, “Un giorno mi dirai,” written with Luca Chiaravalli and Gaetano, won the Sanremo Festival best song. Grandi has also recorded albums of his music, doing his own vocals and playing guitar. Grandi has composed for Eros Ramazzotti, Vasco Rossi, Il Volo, Raf, Chiara, and Laura Pausini, to name a few. Saverio worked extensively with the group Stadio, writing and producing their many hit songs. When asked why he has come to Los Angeles, given his fame in Italy, he replied that he is interested in writing a new chapter in his musical career and that coming to LA, the center of pop music, is the only place to do that. Although his first step in the process is perfecting his English (he has taken Advanced Conversation and is reviewing his grammar in NC/ESL Level 4), he is already hard at work composing and collaborating with LA artists, together producing five new singles which he hopes will find their way into LA’s mainstream music scene. I have no doubt he will find further success here, as his songs are a testament to his brilliance as a composer. Saverio is also an accomplished writer, poet, and philosopher. Enjoy two of my favorites: https://www.youtube.com/watch?v=cOBzVrJWgs0, https://www.youtube.com/watch?v=1UB48gmFdh0

Susanna Martirosyan is an accomplished opera singer who has been a soloist at the Mariinsky Theatre and Yerevan State Opera Theatre. She trained her vocal technique and attained the highest level in her profession in Milan, at Teatro Alla Scala. During her career she won several vocal competitions, such as Grand Prix at the International Opera Singers Competition in Toulouse, Italy, and 3rd Prize in the Verdian Voices Competition in Busseto, Italy. Martirosyan has performed over 30 roles in Armenia and abroad. Before she came to Glendale, she was the director of the Opera Department at Yerevan State Komitas Conservatory. This past fall, she was invited to the Houston Grand Opera Studio to give a master class to the Opera Studio. One of her prize students who now sings at the Houston Opera, Mane Galoyan, attributes her great success to the singing technique she acquired as a student of Martirosyan. Susanna currently studies in Level 2 of our NC/ESL program. Her daughter, Astghik, who is also in the NC/ESL program, is a singer as well as an accomplished pianist; she especially enjoys singing jazz and hopes to pursue a career in that area of music.

Ali Bozorgmehr is famous the world over for his unique artwork which weds Persian calligraphy with painting to create what he calls ‘lyrical painting.’ His works are like a symphony, bringing together many elements, motifs, and movements which harmonize into one complete expression of poetic vision. He incorporates the poetry of Rumi, Haffez, Khayyam and others into his philosophical paintings. Ali hails from Iran, and though he has been a person of the world, he only recently settled in the United States, in Glendale. His paintings are a reflection of love and beauty. A quick search online reveals a plethora of interviews done in so many different countries, underscoring his international appeal. Ali currently studies in NC/ESL Level 2, which belies the fact that his verbal skills in English are quite expressive. I urge you to visit http://www.abpoetica.com/gallery/ to view his wonderfully unique lyrical works of art.

Garfield Continuing Education is proud to have these students among our multitude of talented, capable, and hardworking individuals, as they take their first steps toward fulfilling their dreams in the United States. Alongside them are the hundreds of worthy students who left their professions, their status, and even their families behind to start a new life in the U.S.