The Scholars Program: More Than You Think! 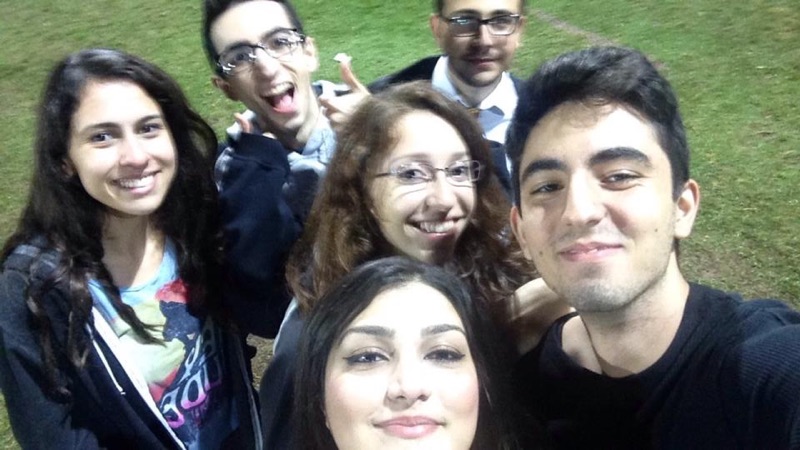 The Scholars Program is GCC’s honors program. Yet it has been much more than that to its student members and the campus community, an initiative that has accelerated recently. Since its inception in 1986, the program has provided a platform for academically driven students to succeed at GCC, allowing them to build a solid foundation of scholastic and personal growth before transferring to four-year universities.

The program has a rigorous core curriculum, designed to prepare students for university-level courses. Members are required to take six honors classes that satisfy lower-division general education requirements over 3 or more semesters.

What Do Students Do Beyond Taking Honors Courses?

In addition to their academic requirements, students are expected to engage actively in a series of extracurricular activities throughout the semester. The program consists of five committees: Fundraising, Marketing (outreach), Social, Community Service, and Journal. Each student is required to join a committee, which is led by three directors who are part of a Cabinet leadership team. Cabinet consists of a President, a Vice President, a Treasurer, a Secretary, a Campus Relations Director, an Ambassador, two Inter Organizational Council representatives, and committee directors.

During their weekly meetings, students organize events pertaining to their committees, while Marketing members visit local high schools, in conjunction with GCC’s Student Outreach Services to let students know about their academic opportunities at Glendale College. 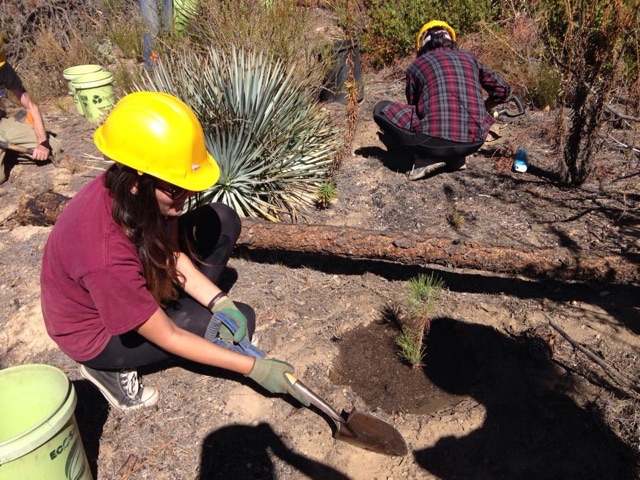 For the past year, the program has increased its community service initiative, participating with Relay for Life, Tree People, Ronald McDonald House, Kairos Hollywood, and many others, benefitting people in need and showing students the value and efficacy of giving back.

“Students benefit a lot by being in the program,” said Scholars president Agnessa Kasumyan, 20. “Being part of the program significantly boosts their academic résumé and gives them priority registration, so we expect our members to benefit the community in return. We serve a dual purpose – to promote academic excellence and a strong social conscience. Some people don’t think it’s realistic to expect students to leave the program with a greater desire to give back and we knew that this would be a challenge when we first discussed increasing community service requirements. But we’ve seen the difference it makes with our own eyes.”

Kasumyan said that although some students went into various community service events reluctantly, they left asking for more, particularly after cooking for hospitalized children at Ronald McDonald House.

For two years in a row, the program has partnered with the Glendale Police Officers Association for their Cops for Kids Toy Drive, helping collect hundreds of toys for Glendale families who cannot afford to buy holiday presents.

What Do Students Think About the Program? 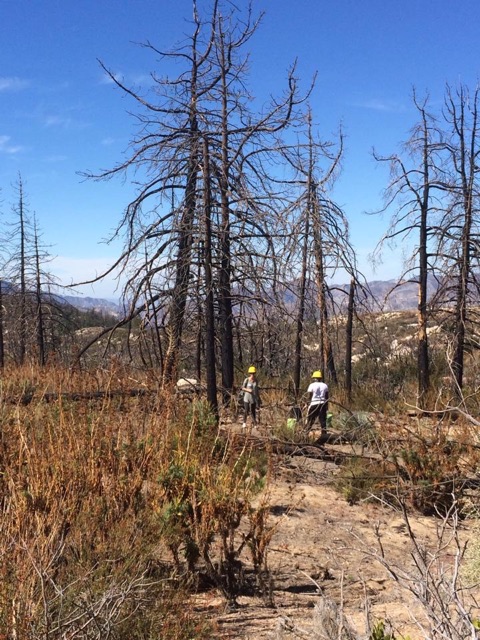 Co-Community Service Director Misak Khachatryan, 20, said that being in the committee helped him become a better leader and made him more optimistic.

“My interpersonal skills have improved a great deal, along with my desire to get involved in community service outside of the program,” he said. “I am delighted to extend unique opportunities to students who wish to enrich themselves through volunteer work.

Reef Oldberg, 19, said that the program introduced him to a community of driven and intelligent people who have supported his academic endeavors.

“The Scholars Program is full of dedicated students who support each other academically, socially, and who contribute to the community,” said Oldberg.

What Does the Program Mean for Faculty?

Faculty who teach Scholars courses can expect rich and memorable experiences with some of the very best students at the college, as Scholars students tend to be highly motivated and actively engaged in classes.

“The opportunity to work with the wonderful young women and men of the Scholars Program has represented the most profound, challenging, and powerful experiences of my entire career,” said program director Michael Harnett. “To know them is to love them. In fostering the kind of cooperative and compassionate mindset that is the priority of Scholars, the program has the tendency to engender priorities for increasingly thoughtful and compassionate teaching among faculty themselves.”

To ensure that students are up to speed with their transfer requirements, Scholars counselor Roxanne Dominguez regularly meets with members to update their Student Educational Plans and determine their good standing in the program. If a student’s GPA falls below a 3.0, he or she is placed on Scholars academic probation. If he or she does not raise his or her their GPA the following semester, he or she may be dismissed from the program. The majority of Scholars, however, maintain their good standing.

What Are Outcomes for Scholars Students?

Scholars students have transferred and move on to graduate work, law school, and medical school at universities such as Georgetown, Harvard, UC Berkeley, UCLA, and Tulane University, among other high-profile four-year schools. 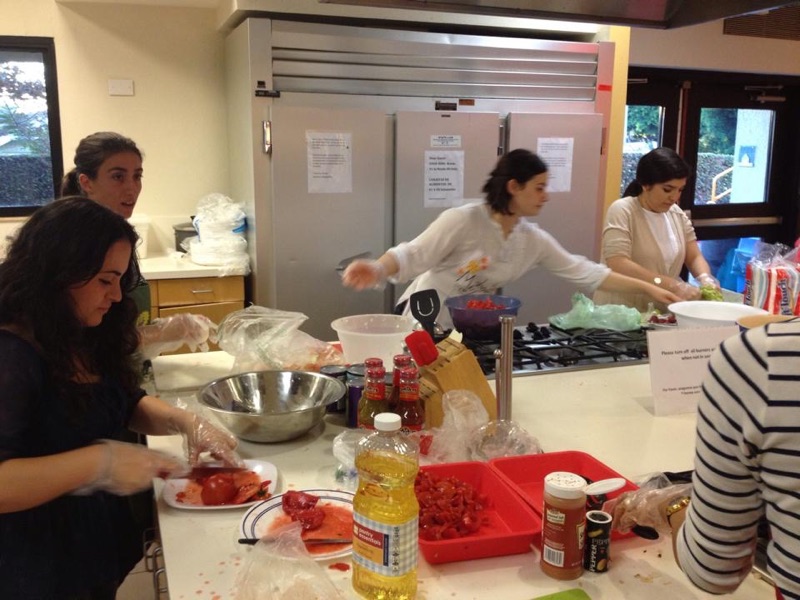 The Scholars Program is also a member of the Honors Transfer Council of California (HTCC). Under Harnett’s guidance, Scholars students present at various research events, including the HTCC Research Conference and the Bay Honors Symposium. 13 Scholars applied to the HTCC Research Conference, which will be held on March 28, 2015 at UC Irvine, with over 370 presenters from community-college honors programs throughout California, this year, for the second year in a row, all were accepted. The presenters—Edric Mirzoian, Xavier Muñoz, Arzviek Moradian, Issa Al Hadeed, Nooneh Khachatourian, and Renita Moradian (the last two as a team)—are preparing and rehearsing their oral presentations and attending weekly Scholars Research Group meetings to that end. Harnett serves as their Faculty Mentor, which he describes as “a wonderful collaboration and a collegial meeting of minds on diverse and fascinating topics, from the effects of marine debris to the effects of caffeine on concentration; from neurological effects of childhood trauma, to meditation for physical and mental health, to thought-teleportation, to ways that imagination affects performance, to plant consciousness; and from analysis of The Eurasian Economic Union, to literary anti-heroes to racism revealed through the Doll Test, the great insight and resourcefulness of these talented people is strongly evident. It’s an exciting and extremely rare opportunity to have this kind of conference experience even before they transfer, thanks to Scholars’ affiliations with the honors organizations that run the conferences. Harnett is a member of the HTCC Council and is reading essays for consideration for HTCC scholarships. Two Scholars, Agnessa Kasumyan and Misak Khachatryan, are nominated for Exemplary Achievement Awards, which will be given at the HTCC conference.

The program also participates in the UCLA Transfer Alliance Program. TAP members receive certification upon completing the Scholars Program for academics and active involvement and are allowed to select an alternate major on the transfer application. When compared to non-Scholars students, TAP certification significantly enhances the probability of admission for active members.

“The Scholars Program has everything one needs to succeed and be happy in college: a well-balanced mix of academics, community service, and friendships,” said student and cabinet member Ani Hakobyan. “The support that we students get from our director, counselor, and fellow members in the program is simply unmatched.”

The application deadline for Fall, 2015 admission to The Scholars Program is April 1. Application materials and instructions, along with other Scholars information, are available on the Scholars website at http://gccscholars.weebly.com/. For more information, contact Michael Harnett  at mharnett@glendale.edu or Mariam Mosinyan, Scholars Program Assistant, at scholars@glendale.edu, call extension 5699, or stop by LB 216.