On an election day when much of the country swung to the right, California solidified its standing as the progressive bulwark of the nation. Every single statewide office went to the CFT-endorsed candidate. And the main projectile launched by anti-union forces at public education—the billionaire-backed Marshall Tuck campaign for state superintendent of public instruction—went down to defeat. From the state to the local level, voters reaffirmed public education and turned their back on corporate reforms and candidates who supported them. 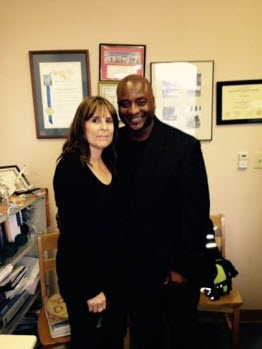 The hard work of CFT members helped enormously in victories in school and college board races, local tax campaigns, and in county office contests, state legislative efforts, and Congressional fights.

Andra Hoffman, Adjunct instructor of Political Science at GCC, is running for LACCD Board of Trustee Seat No. 1. Andra is grateful to have had the opportunity to serve the LACC community. She is very hopeful that the board that will be elected in March 2015 will include a good balance of skills and backgrounds. Andra is endorsed by Mona Field, former Glendale College Guild President, Glendale College Guild, and LACC Faculty Union, amongst other entities. Andra will be a wonderful asset for Glendale College if she is elected to LACCD Board as there are important issues she can help support and influence those in Sacramento to listen to the needs of smaller college districts and communities. Andra has over 15 years of community college experience, including teaching, running job placement programs, advocating in Sacramento, and serving in numerous vital capacities at Glendale Community College. You can find her full info at http://andrahoffman4laccd.com/