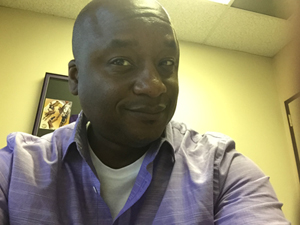 Glendale College President, Dr. David Viar has been quoted in the Glendale News Press as stating that "the bond measure will be utilized to upgrade facilities built in the 1930's, 40's, and 50's." It is the hope that these upgraded facilities will aid in attracting new students to GCC as well that will help with campus growth. According to Guild President Zohara Kaye, "on September 24th, the California Federation of Teachers (CFT) endorsed a YES VOTE for Measure GC." Glendale faculty have been asked to contribute to this campaign by assisting with phone banking and community canvassing (door-to-door).

In more PIO news, It seems like yesterday that we were talking Proposition 30. Now, Proposition 55 will become its extension. A YES VOTE on Prop 55 will continue to tax the most wealthy of Californians and will have funding available for our K-12 and community colleges. A YES Vote on Prop 55 is being supported by our California Federation of Teachers (CFT) as well. Other CFT endorsees are Hillary Clinton for U.S President, Kamala Harris for U.S. Senate, Ardy Kassakhian for State Assembly District 43, and Anthony Portantino for State Senate. For CFT voter guide information, please visit http://cft.org/get-involved/be-political/endorsements.html

Finally, later to come will be the Board of Trustee elections in the month of April 2017. This will be historical, as this will be the first ever "by-Area-election process." The areas up for elections are district 2, 3, and 4. Districts 2 and 3 may have current incumbents to run again, but in district 4, there are no current incumbents. The Professors for Quality of Education (PQE) team has began meeting over the summer 2016 and has been in discussion of this new process. The committee is energized with conducting its process of interviewing of potential candidates.