Glendale residents voted 73% in favor of Measure GC - a facilities bond measure for upgrading Glendale Community College’s old buildings and infrastructure, and updating technology in classrooms and labs for 21st century learning.  California voters also approved Proposition 55, which extends the income tax increase on the wealthiest Californians for an additional 12 years (through 2030) with money earmarked to go to Education Protection Account. Together, the passage of Measure GC and Prop 55 give us hope for the future financial outlook of our college.

For those of us who were also looking forward to having the first female President of the United States, the election results were bittersweet. When I asked my 7-year-old daughter why she though Hillary Clinton did not win, she reflected for a brief moment and replied “Because she’s not a boy.”  Of course, there are so many other reasons that a 7-year-old is simply not capable of comprehending, but it made me reflect on her choice of words and why she would draw that conclusion.

Women have been excluded from positions of power for centuries. Some argue that the first recorded evidence of this exclusion can be found in the Code of Hammurabi, although that wasn’t the case in ancient Sumer or Egypt where there is no blueprint found for gender inequality. Women’s “domain” was not yet confined to the domestic realm, and the external realm (of politics and commerce) was not yet dominated by men.

We have come a long way in this country for women’s rights to vote, right to economic freedom, right to choose… and not without a fight each and every step of the way. Yet, government and politics is still a male preserve and men are more likely to hold higher level administrator positions than women. In other words, women are still excluded from positions of power. 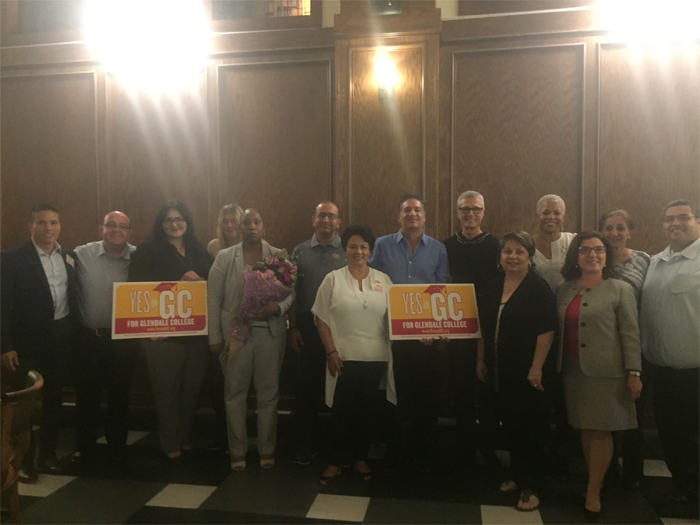 Gender Inequality in the Workplace

Yet, in academia we are sometimes under the illusion that we have achieved gender equality. That is until evidence to the contrary slaps us in the face. Here’s an excerpt from a Huffington Post article on unconscious gender bias in performance evaluations:

“At least two research studies have found that men and women are given very different feedback at work… Women are 2.5 times as likely to get feedback about an aggressive communication style… Women’s performance reviews have 2.4 times as many references to team accomplishments rather than individual results… Women receive about one-third as much feedback about business outcomes. Their reviews have half as many words about their technical expertise”

This article by Kieran Snyder provides some real life examples taken from evaluations of female employees.  Unfortunately, there are similar issues here at GCC. For example, one administrator’s evaluation of a female faculty member mentioned the word “confrontational” three times, along with “aggressive,” “disrespectful,” “dismissive,” and “argumentative.”  According to Snyder, these are words “used to describe women’s behaviors when they lead.”  The same female faculty’s evaluation also included  the phrase “unwilling to compromise” which is similar to words cited in the study used to “describe [women’s] behavior when they object.”  All this is compounded by gender bias in attributions for success and failure in the workplace, which finds its way into performance evaluations as well, as cited in this article.

The negative evaluations received by high-achieving women in turn can have a negative impact on their advancement to higher positions of power, as cited in this article. Another interesting read is this article by a sociolinguist on how gender bias plays out in workplace communications. Workplace sexism, in other words, is as real as the gender inequality we experience in the world around us.

Confronting gender bias, whether conscious or unconscious, can start with a critical evaluation of words used to describe a male vs. female colleague/employee, as well as words used when conversing with a female.  For example, before calling her “Sweetie” or “Honey” ask yourself if you would refer to a male colleague/employee with the same choice of words. Here is an article explaining a woman’s perspective on why gendered talk is not conducive to a productive work environment).  In fact, the American Bar Association passed an ethics rule barring use of sexist language in court.

Regardless of your own gender, during dialogue/communications please make a conscious effort to let your female colleague/employee finish speaking and try to refrain from interrupting her. Here is an article on why.

We have to keep fighting the fight! In response to the election results, the campus community is already talking about creating a “sanctuary campus” within GCC for our undocumented students, LGBTQ community, people of color, and otherwise disproportionately impacted groups.  I hope that our sanctuary campus includes conversations about girls and women in it as well.