When the accreditation committee visited Garfield, they were impressed with our programs and we received commendations! Those of us at Garfield were not surprised because we know that we go above and beyond the call of duty for our students. We do this because we are dedicated to serving the community. Nonetheless, as many of you know, adjunct office hours have never been a part of Glendale Community College's Noncredit program. Although our faculty hold Master's degrees and our programs are highly academic, we are not compensated for the hours of work we do helping students outside of class. Of course that has never stopped us as we consistently spend hours meeting with students. We do this because Noncredit students are often the most disproportionately impacted and in need of one to one support from their teachers.

In an unprecedented turn of events however, what for years seemed an impossibility, has become reality. The district has agreed that our support for students should be rewarded as we have finally reached a historic agreement for credit and Noncredit adjunct instructors to receive proportional office hours! For Noncredit, this is an accomplishment that reaches far beyond the impact of a raise or a bonus; if ratified, this would mean that Noncredit instructors would be paid for the additional hours of hard work that we do in caring for and assisting students each week during Fall and Spring as a permanent part of our contract by 3 hours per week in most cases! This deal would significantly raise the overall compensation for Noncredit as well as all credit adjunct instructors who will be awarded additional office hours as well.

As exciting as this may seem, this proposal has raised some very important questions. Here is a list of some of the questions I have received. I will attempt to answer them for you one by one:

As exciting as this may seem, this proposal has raised some very important questions. Here is a list of some of the questions I have received. I will attempt to answer them for you one by one: 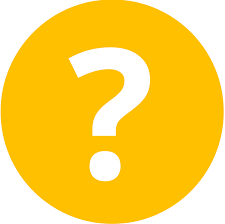 Does this mean I must come into work more hours every week?

No. It has already been negotiated and is currently part of our contract that adjunct professors have the option of doing their office hours one hundred percent online if that is what works best for them. Many of our upper level instructors spend hours supporting students online managing classroom WebPages and answering students' questions. Of course, instructors can choose to do their office hours on campus as well.

Where can we hold our office hours if we decide to meet on campus?

We all currently find space to meet with our students when we can (very often in our classroom before or after class). If you chose to do some or all of your office hours on campus, you can meet during a time of your choice that you have specified in your course outline. As for where, you are welcome to use any available space around campus to do so. This includes snack tables, hallway benches, the cafeteria area, empty classrooms, etc. This has all been stipulated in the contract.

Who is going to pay for this?

A newly doubled state rebate, the district, and part-time faculty. In order for us to receive proportional office hours, we are going to need to shift a percentage of our hourly pay into office hour pay. We did not agree to anything that would cause anyone to lose any overall pay. Rest assured, that for the Guild to support this, the deal had to be be a gain for everyone involved or we would never pursue it.

What does a pay shift mean?

Here's a metaphor: as a Noncredit teacher, you currently only receive money in your right pocket. In order to gain office hours, you'll need to take some money from your right pocket and place it into your left pocket (which for Noncredit is currently empty). If you do so, the District and the state will kick in the rest and add to the left pocket some more. So while the right pocket will have slightly less money in it, you will now have money in both pockets for the first time. What's more, the total of both pockets put together will equal significantly more than you currently make. This same analogy holds true for credit adjuncts but in their case, their left pocket already had a little money in it so the overall increase will be significant but not quite as revolutionary as it would be for noncredit who never had anything in that pocket in the first place.

In short, your hourly pay will go down but your overall pay will increase significantly. Additionally, it is important to note that there is a chance that our hourly pay will be restored over time. Hopefully, with the passing of Prop 55 and Measure GC, we will have a fighting chance of restoring our hourly pay incrementally in the future.

Note: Measure GC funds cannot be used for faculty salaries or negotiations. The idea here is that it may indirectly free up operating funds by reducing our energy bills, etc.

Will this affect my retirement?

No. As part of an office hour deal, the district agreed to calculate retirement based on a slightly different number than they did before (at no additional cost to the district) in order to be sure that no one will lose money during their retirement.

The faculty questions about retirement and the information we learned about how office hours are calculated for adjunct retirees has unearthed an important fact. If office hours were to be rolled into our base pay, monthly retirement benefits for all adjuncts would be dramatically increased. Now that I know this, I plan to submit a reopener every year as long as I work at GCC that office hours be rolled into base pay to help increase adjunct retirement benefits. I will submit this reopener whether this deal is ratified or not because it is the right thing to do for adjuncts either way.

Will my Summer and Winter pay be affected?

No. Summer and Winter Intersession pay will not be affected in any way. The Intersession is paid for from a different pay schedule that would not be impacted by the proposed shift.

What about the future? Can the district come back and take away our office hours later on?

No. Proportional office hours for credit and noncredit would become a permanent part of Glendale Community College's contract.