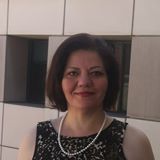 As many of you are aware, Glendale Community College (GCC) has begun its work on the Self-Evaluation Report which has to be submitted to ACCJC in early 2016.

1. What is the process?
We have to write a brand new Self-Evaluation report, revise and edit it a number of times upon obtaining input from the Academic Senate and various governance committees such as IPCC and Campus Executive, present the revised document to the Board of Trustees for two readings, produce multiple hard copies of the adopted version and mail those to the Commission by January 2016.

A team consisting of our peers will be selected by ACCJC to review our Self-Evaluation report ahead of a site visit in March 2016. While on campus, the team may interview a number of employees, visit classrooms, review a massive amount of documentation, and sit in on various committees to get a “pulse” of the institution. The visiting team will present its findings to ACCJC in the form of a written report; this latter will then determine whether GCC’s accreditation status should be renewed.

2. What does the Self-Evaluation consist of?
The Self-Evaluation report is a pretty lengthy document addressing four standards established by ACCJC. Some of the Standards consist of two or more Subsections; these are currently under revision and the final version is supposed to be adopted by ACCJC in June 2014.

3. What have we done so far on our campus?
75 volunteers consisting of faculty, classified staff, and administrators have been divided into 9 teams, each of which is in charge of investigating and addressing the questions pertaining to a particular Standard (or a Subsection of a Standard). The teams received a full day of training in February and are currently working on the first draft of the report.