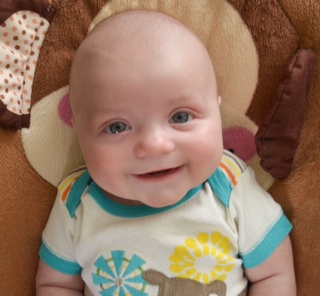 Sarah McLemore (English) welcomes son, Zachary Stewart Schwendimann.  Zach was born on May 9, 2013 weighing in at 7 pounds 11 ounces.  He's already on the move, getting teeth, and doing his best to crawl.

Sarah confesses, "I'm don't think we know quite what we are in for, but we sure are enjoying the journey along the way!"

J.T. Allen (English) published a new ebook "Daisy and the Pirates." It is available for purchase at Amazon.com.  Here's a synopsis:

Sarcastic, pre-teen Daisy Tannenbaum, narrates this mash-up of all the island survival stories ever written. Nasty pirates — check. Buried treasure — check. Shark attack — check. Boy-crazy teenage sister — check. Divorced parental units — check. Dad's sultry girlfriend — check. The Swiss Family this is not. But if you don't end up loving Daisy — who has the knack of being brutally honest, frightfully precocious, and stubbornly naive all at the same time — then you're probably just a nasty pirate.

Abraham Barakat (Accounting) is looking forward to being a grandfather.  Abe's son, Gabe, is expecting a baby in June.  Countdown begins!

Hearty Mazel Tov to Harriet Cohen (Non-credit ESL) on the Bar Mitzvah of her son, Isaac. Isaac read  flawlessly his portions in the service, and spoke beautifully.   Everyone is very proud of Isaac. 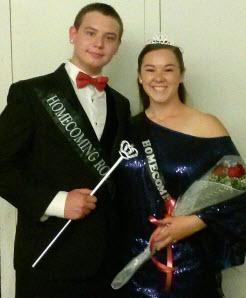 Monika Deukmejian, daughter of Karen Deukmejian (Non-credit ESL), has been invited by the California Association of Student Councils (CASC), to serve on the Student Advisory Board on Education (SABE), in Sacramento this November. Students from all over California will meet to discuss what they see as the most important issues facing education in California. They will then present their proposals to the California State Board of Education, and in February, they will speak to the State Legislature. After a quick turn around, she will head to St. Louis for HOBY'S Advanced Leadership Academy where she will celebrate her 17th birthday. In addition, she was voted junior class Homecoming Princess at Verdugo Hills High School in October. 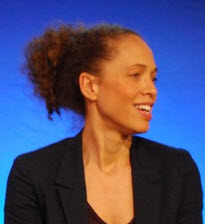 Fanshen Cox DiGiovanni (Non-credit ESL) is the writer/performer and co-producer (along with Ben Affleck, Chay Carter and Matt Damon) of the one-woman show: One Drop of Love. The play explores how our belief in 'race' affects our most intimate relationships. You can see a trailer for the show here: www.onedropoflove.org, where you can also find information on booking the show for your college/university, conference or other event. You can also catch Fanshen in a quick scene on the TV show "The Mentalist" on November 10 on CBS.

Henan Joof (Outreach) presented at California Community College Student Affairs Association (CCCSAA) Leadership Conference in Sacramento, CA.  This year’s focus was on Advocacy-Leadership and Learning and Henan presented on “Social Media - More than just a crutch - The Do’s and Don’ts”. Nine of our ASGCC students attended as well and were accompanied by Dr. Joe Puglia. 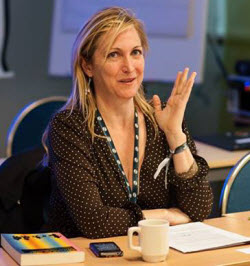 Wendy Fonarow (Anthropology) was an invited keynote speaker at the Lost in Music Conference in Tampere Finland discussing changes in audience behavior at concerts.

Ricardo Perez’s (Student Services) daughter, Sabrina, will be transferring to a four-year college or university next year. Sabrina is majoring in Psychology to become a Forensic Psychologist and will continue playing softball. According to her coach, Sabrina “hit .372 with an on base % of .478 and a slugging % of .735! … she is the best hitter I have ever coached.” 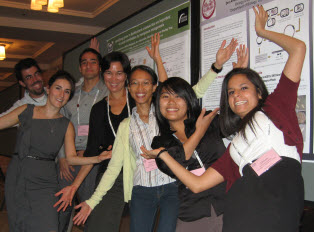 Shelley Thai’s (Biology) students presented their original research on genetic mutations at the Southern California American Society for Microbiology (ASM) conference on Saturday, October 5, 2013. They presented their work in the form of two posters. These posters are displayed in the hallway of the second floor of the San Gabriel Building.

Southern California Conferences for Undergraduate Research (SCCUR) also accepted the students’ abstracts, and they will be presenting their research findings at the SCCUR conference on November 23, 2013 at Whittier College.

Shelley plans to continue with the research project at the college during Winter 2014 with her students.

Previous Article   Back to November 2013 Table of Contents