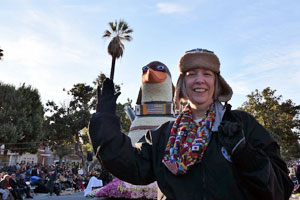 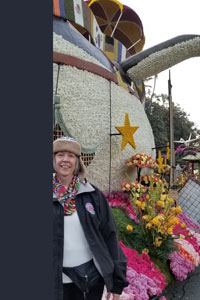 Brenda Jones, GCC Librarian, walked along with the Rotary Float in the Rose Parade on New Year’s Day 2020. It was the experience of a lifetime! – made possible when she won a raffle with the Rotary Rose Parade Float Committee. Brenda’s husband, Greg, will be District Governor of Rotary District 5300 (Pasadena to Las Vegas) starting July 1, 2020. She will join him in attending virtual club visits and other events this fall.

Credit ESL Instructor Jennifer Van Hyning has taken a break from teaching and is now offering life coaching sessions. Following recent changes in her personal life, she invested in coaching for herself and was so pleased with the subsequent positive life shifts that she decided to take a Martha Beck Wayfinder Life Coach training course. She has learned to lead people she coaches to recognize and embrace their authentic selves. This new-found wisdom often opens up previously unimagined possibilities.

Jennifer’s coaching practice is an extension of her ESL instruction. She wanted her students to be able to use their growing language abilities to launch lives they came here to create. Coaching is also a way to build on ideas Jennifer explored in her PhD dissertation on German Realist literature called Narrating the Self.

Now that many of us feel like we are immigrating to the other side of this pandemic and navigating shifts in how we see our individual and collective futures, Jennifer wants to use her coaching skills to help guide clients to tell stories of themselves that transform their lives for the better. If this sounds like something you would like to invest in, or even if you want to figure out better ways to get through this challenging time, connect with “Dr. Jen” via email at HeartJourneyLifeCoach@jvanhyning.com

Gabrielle Mitchell-Marell (English) recently completed Equity 101, a 7 week online course conducted through 3CSN, the California Community Colleges' Success Network. The course focused on theoretical frameworks, personal reflection and pedagogical solutions in our approach to equity as educators. She highly recommends the course and is happy to answer any questions about it for those who might be interested the next time it is offered. http://3csn.org/mag-home/

Michael Schilf’s (English) short film “The Fixer” which he wrote, directed, and produced, co-starring Danny Trejo, had its world premiere at Mammoth Film Festival on Feb 28, 2020. 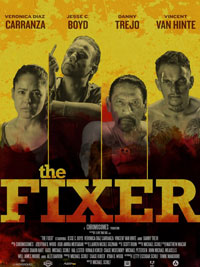 “The Fixer” was scheduled to screen at numerous festivals as it moved through the film festival circuit; however, COVID-19 has forced film festivals to cancel and/or postpone their events, but eventually “The Fixer” will screen for audiences in the Fall after mandatory quarantines are lifted.

Schilf is author of The Sins of My Father, which takes an introspective look at growing up with an absentee, alcoholic, mentally ill father; co- creator and writer of SWORN, a fantasy, action, adventure series; co-creator and writer of LIGHT, a sci-fi, action, crime series; and writer/director/producer of the short The Fixer, co-staring Danny Trejo. He’s currently writing the pilot and feature script for The Fixer as well as producing the film Ashes, which he wrote. 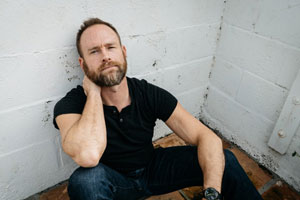 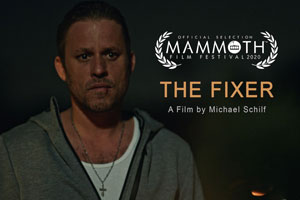 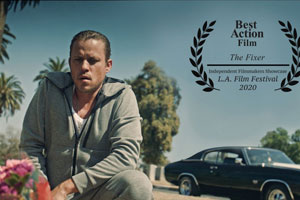 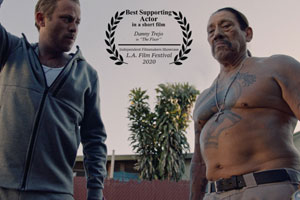 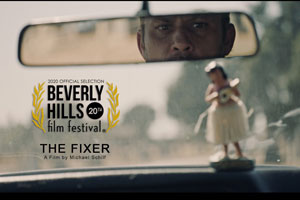 Frank Moss (Computer Science) co-authored a paper entitled “All Together Now: A Framework for Research on Mob Programming” that has been accepted for inclusion at AMCIS 2020.

Abstract: Mob programming (MP) is a relatively new phenomenon in software development. So far, the academic literature has not published in this domain. The goal of this paper is to develop a framework for researching the MP phenomenon. We first outline current practitioner descriptions of and justifications for MP. We then examine concepts from team theory and practices from agile development to identify the team processes and taskwork involved in MP. Based on these, we present a research framework for the academic study of MP. We conclude by considering how the framework can be used by IS researchers.

His  co-authors are a team of software engineering researchers at Claremont Graduate University.

Joanna Parypinski (English) is pleased to announce the forthcoming publication of her Gothic horror novel, It Will Just Be Us (written as Jo Kaplan) on September 8, 2020 (pre-order is available wherever books are sold). To keep up with publishing news and possible book signings, sign up for her monthly author newsletter at jo-kaplan.com/newsletter 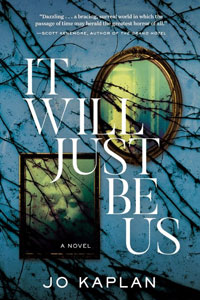 Sam Wakefield’s ancestral home, a decaying mansion built on the edge of a swamp, isn’t a place for children. Its labyrinthine halls, built by her mad ancestors, are filled with echoes of the past: ghosts and memories knotted together as one. In the presence of phantoms, it’s all Sam can do to disentangle past from present in her daily life.

But when her pregnant sister Elizabeth moves in after a fight with her husband, something in the house shifts. Already navigating her tumultuous relationship with Elizabeth, Sam is even more unsettled by the appearance of a new ghost: a faceless boy who commits disturbing acts—threatening animals, terrorizing other children, and following Sam into the depths of the house wielding a knife. When it becomes clear the boy is connected to the room with the locked door, Sam realizes this ghost is not like the others…

As Elizabeth’s due date approaches, Sam must unravel the mysteries of Wakefield before her sister brings new life into a house marked by death. But as the faceless boy grows stronger, Sam will learn that some doors should stay closed—and some secrets are safer locked away forever.