The Storied Life of A. J. Fikry 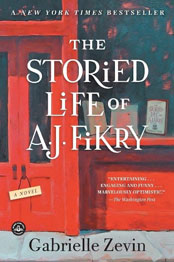 The Storied Life of A. J. Fikry, a wonderful novel by Gabrielle Zevin, tells the story of a curmudgeonly bookstore owner living on a small island who has suffered a terrible loss, and how a surprise package left in his bookstore changes his life forever. It's a great book for lovers of literature, with lots of references to other literary works. It is heartwarming to hear the stories of the cast of characters in this small town, and how they show up for each other. It was on the New York Times Bestseller list in 2014, and I am so glad I discovered it five years later! 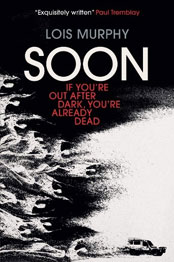 If you love a book that's rich in atmosphere, thoughtful in its characterizations, subtly creepy, and beautifully written, then you’ll enjoy Soon by Lois Murphy. It's a slow burn of a book, about a remote Australian town plagued by mysterious mist that will tear you apart if you're out after dark. Speaking presciently, perhaps, to our times, the book focuses on the claustrophobia and paranoia of the few remaining inhabitants who have nowhere else to go and must shut themselves inside every evening, and how they deal with the horrific sound of the mist wailing to get in at them. The origins of the mist are enigmatic, and the mystery adds to the uncanny situation. Naturally, the outside world is skeptical of the tales, and some rash souls decide to visit and see for themselves.

Rules of Civility, Dear Ijeawele, and In the Country of Women

Rules of Civility by Amor Towles 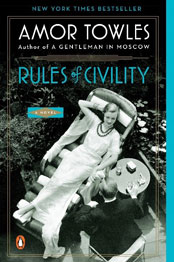 If you liked A Gentleman in Moscow, you'll probably like this one. Same excellent writing and interesting characters.

This is told from a woman's point of view in a book written by a man, and though I was ready to be critical, I think Towles has done an excellent job. The story moves along with constant, unexpected twists and turns. The time period is 1938, and I am flabbergasted there's so much wealth in the story in the middle of the Great Depression. The character does not seem to have trouble finding or keeping a job, and her friends and acquaintances are either wealthy or at least employed with enough money to live a good life in Manhattan. Although the book starts with preface that tells how the main female and male characters end up, I am so totally engaged in the book I want to see how they get there.

Dear Ijeawele, or a Feminist Manifesto in Fifteen Suggestions by Chimanda Ngozi Adichie 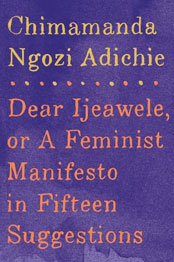 This is a very short, easy to read book on a Nigerian woman's view of feminism, written as a letter to a new mother of a daughter. It's a perfect book for Women's History Month.

Although my children are long grown up, and I only have boys, I really enjoyed this book and its suggestions on raising girls in equality. Although it describes itself as a feminist manifesto, it's all about how girls can grow up to feel they deserve equality. In addition, it's not just for moms, but also for dads, who should be equally involved in the child rearing and child care.

In the Country of Women by Susan Straight 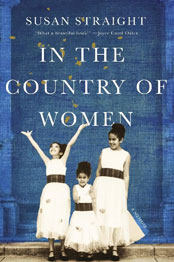 Although this memoir was recommended by someone I trust, I did not like it very much. I found it very repetitive, and parts of her story and how she told it just turned me off.

The book is written as if she is talking to her daughters. She is a daughter of Swiss immigrants who grew up in Riverside, CA, and married her African-American high school sweetheart. They have 3 daughters. She loves her husband's huge, extended family, especially all the women. Much of the book is her description for her daughters of the lives of all the women, her own mother, grandmother, aunts, great-aunts, as well as that of her husband, who actually gets more description than her own family. Even though she divorced her husband, these all make up her "country of women" including her daughters.