The Book of Joy: Lasting Happiness in a Changing World

The Book of Joy: Lasting Happiness in a Changing World by His Holiness the Dalai Lama and Archbishop Desmond Tutu with Douglas Abrams

It was the Dalai Lama's 80th birthday in 2015 and his dear friend, Desmond Tutu met with him for a week-long retreat at his exile in India. These extraordinary world leaders shared how they found it possible to live lives of joy, while experiencing so much world suffering. Together they explore the obstacles to joy, such as despair and loneliness, before moving to the eight pillars of joy, including acceptance, gratitude, and compassion. 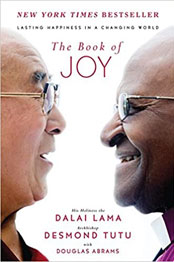 At no other time can the wisdom in this book be more relevant than to our present COVID-19 lives. By example, I offer these quotes:

"You learn when something happens that tests you."

"When we think of alleviating other people's suffering, our own suffering is reduced."

"Yet hope requires faith, even if that faith is in nothing more than human nature or the very persistence of life to find a way."

A Tale of Two Cities 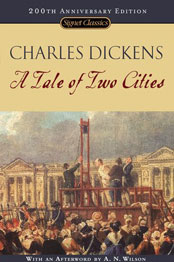 A Tale of Two Cities by Charles Dickens

I've recently been returning to books that I haven't read since I was a teenager. This is one of them. Would I recommend it? Of course. I remember enjoying it in high school, but man, I don't think I enjoyed it as much then as I do now. Of the many reasons to enjoy A Tale of Two Cities, I'll just give one. It shows us how all it takes is one heroic act, one act of sacrifice, to render a life meaningful. Years of waste and cynicism evaporate and are forgotten by that one act. I think that's pretty darn inspiring.

The One and Only Ivan 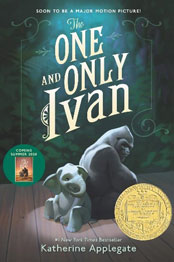 The One and Only Ivan by Katherine Applegate

I highly recommend reading this with children ages 8 and up.

I’ve yet to finish the book but so far it has been a very heartwarming story of journey to freedom.

I am reading it with my 9 year old nephew who is now intrigued by primatology. 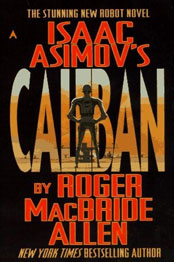 It is about a robot that does not have the famous 3 laws that Asimov put down. It was meant as an experiment involving a project that the Settlers are involved with but got away after a mysterious assault on his creator. I love the Spacer reaction to this "menace", a menace that is rational and puzzled why he is being hunted. If you don't know what "spacer" and "settler" are, that's fine. You can enjoy the book all the same – with the great plot only possible with Asimov's universe! 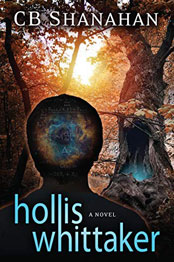 I am reading a thrilling action/adventure/mystery book, Hollis Whittaker by my friend, journalist and folk-singer CB Shanahan. In this very cinematic work of young adult fiction, a somewhat shlumpy middle-school kid, Hollis, finds an ancient native American medallion artifact in the forest behind his home. It becomes his good luck charm, but it is soon evident that the artifact has mysterious powers which makes Hollis a genius in math and science. At every turn, dark forces are willing to kill for this medallion and soon he sets out on a road trip with a Navajo woman and his friend Kirby in search of an Elder who hopefully will explain the strange power of the medallion.

This Land: How Cowboys, Capitalism, and Corruption are Ruining the American West 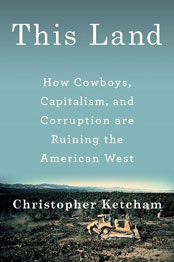 I just finished This Land: How Cowboys, Capitalism, and Corruption are Ruining the American West by Christopher Ketcham.

Luxury Fever: Money and Happiness in an Era of Excess 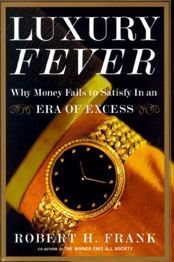 Luxury Fever: Money and Happiness in an Era of Excess by Robert Frank

Frank’s conclusion is that we should change the income tax to a consumption tax and increase the progressivity of our tax system. The first change can be easily accomplished by adding a single line to one’s tax return where one can deduct all of one’s savings for the year (consumption would be defined as income minus savings). There are some technical issues about what types of savings accounts would qualify, and how these would be reported to the government, but they are minor. He would also like the new rates calibrated in such a way so that tax revenue is higher than it is now, even after the savings deduction is factored in, in order to finance cost-effective societal investments (of course the savings themselves will also help improve our financial security and increase productivity through private investment). He is aware of how difficult it could be politically to increase the progressivity of the tax rates, but he devotes the preceding 200 pages of his book to explaining why these ideas are so compelling. The conclusion is not the interesting part (although I agree with it) -- the argument leading up to it is.

The cornerstone is that consumption does not contribute significantly to subjective well-being. The psychological literature shows that in answer to questions like “On the whole, would you say you are very happy, somewhat happy, or not happy with your life?”, there is a correlation between happiness and the surplus of positive emotions over negative ones (although it is not a perfect one). The surplus can be measured objectively, since it is strongly correlated with dopamine levels and their associated patterns of brain activity. In addition, a very strong correlation exists between this surplus and how well one agrees with these 4 statements:

However, by comparing the answers of identical twins reared together versus those reared apart, the research shows that up to 80% of the individual differences in subjective well-being are associated with heritable differences in temperament.

To the extent that subjective well-being is affected by consumption, it appears that individuals’ level of well-being goes up only if their increase in consumption is an increase relative to their reference groups. [For example, in the game called Divide-A-Dollar (where one player gets to announce how much of a free dollar they will take, and the other either agrees to this split or neither player gets anything), most players will not take less money than their opponent.] In fact, the average level of subjective well-being in societies is almost completely independent of its absolute consumption level (after a minimum is cleared), even as consumption in a given society increases over time. “Achieve high rank” (rather than “do the best that is possible”) seems to be a heuristic hard-wired by evolution. In fact, serotonin levels are correlated with rank, due to a bidirectional causal relationship between the two, something which has been found in many species, including humans.

So most people are trying to improve their relative levels of (conspicuous) consumption, but since everyone is doing so, most only tread water. Even lottery winners report similar levels of happiness a couple of years after their win. We become accustomed to new levels of consumption quickly, but time pressure, low autonomy, and environmental stressors (noise, bad air & water, long commutes, etc.) are things which research shows our bodies do not become accustomed to. Increased wealth has been going to conspicuous consumption and not to the inconspicuous consumption of ample free time, high autonomy, and an agreeable environment, but this is exactly the reverse of what should be happening if we want to be happier.

There are also health consequences. Death rates for individuals go down in response to increases in relative, rather than absolute, income. Only about 20% of the association between relative income and death from heart disease, for example, can be chalked up to environmental and behavioral risk factors. In general, better health outcomes are associated with high rank (rather than high wealth per se), even in wealthy countries. The Whitehall studies show that knowledgeable, decently-paid British civil servants with access to nationalized health care still exhibit a correlation between low rank and morbidity/mortality. This may work through stress, low autonomy, or other means. Not surprisingly, therefore, there are positive associations between the degree of inequality within a country and its incidence of disease. Higher inequality in a country is also associated with higher crime rates and lower economic growth.

People are working more hours, taking less vacation, and saving less because most are caught in this conspicuous consumption arms race (he adduces many examples from news stories, etc.). Due to market creep, this also tends to reduce low-cost options for the rest of us. His solution is to get out of this Prisoner’s Dilemma by taxing the defection strategy of increasing one’s consumption. The “solution” of just encouraging individuals to adopt voluntary simplicity is dubious, since this will entail a loss in relative position if only some people do so. The tax solution will give incentives for everyone to downshift consumption, especially those on the high end (due to the progressivity).