The signature-gathering season for November ballot measures will soon be upon us. Most propositions will require about 800,000 signatures to be eligible for inclusion on the November ballot. However that is only the first step—getting the votes to pass is the final hurdle.

There are currently three different proposals for tax increases that are being shopped around, and the petition you sign could make the difference of how much community colleges will see from any tax increase and how long that revenue stream will last. The first, Governor Brown’s tax initiative, calls for a raise in the taxes of those who earn over $250,000 per year as well as a half-cent sales tax increase for everyone in the state. This proposal would be in effect for five years and is expected to bring in $4 billion the first year and $7 billion in subsequent years. Eleven percent of new revenues, up to $385 million in year one and up to $750 million in other years, would go directly to community colleges, and the rest would go to other levels of the California public education system. This plan, however, would sunset after five years. The California Teachers Association is a supporter of the governor’s plan.

The California Federation of Teachers, in conjunction with the Courage Campaign and California Nurses Association, is sponsoring the second initiative, the Millionaires Tax of 2012, that would tax earnings above and beyond $1 million. The tax on these earnings would rise 2%, and income over $2 million would be subject to an additional 3% tax. This proposal
expects to bring in about $6 billion per year. This money would be spent on public social service needs as well as all areas of education, with a guaranteed equal split of 13.3% to all three segments of education—kindergarten through higher education. The expected revenue for community colleges would be around $480 million per year. This tax proposal has no sunset period.

The third ballot measure, called Our Children, Our Future, that will be out there petitioning for signatures has been brought forward by Molly Munger, a wealthy civil rights activist and lawyer from the Pasadena area. Her plan would increase taxes on all levels of income on a sliding scale. The proceeds from this tax increase would be spent on early childhood education through twelfth grade. None of this money would be available for community colleges. This proposal is expected to bring in $11 billion per year. These taxes would end after twelve years.

While all of these propositions could garner enough petition signatures to make it to the November ballot, only one can be the final winner. Meanwhile, with three tax initiatives on the ballot pundits fear that all of them may get turned down because of voter confusion. For a chart comparing the three initiatives, go to
http://www.millionairestaxca.com/userfiles/file/pdf/MillionairesTaxComparisonChart_02-07-12.pdf

Knowing which ballot proposal you are signing outside your local grocery store is important. The state budget for community colleges for 2012-13 includes a dangling carrot of revenues provided from one of these possible ballot measures. Although districts are having to plan for the worst (which is expected to be a lot worse than 2011-12), a shining knight could ride in on the back of one of these tax initiatives in the spring of 2013. 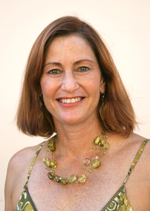 For any comments or question, Phyllis Eckler can be reached at peckler@glendale.edu or at extension 1122.