This is an important year for the classified staff: it is an election year for the CSEA, and newly elected leaders will set the course of our chapter for the next two years.  Being a CSEA officer carries great responsibility.  The CSEA Executive Board represents your concerns, opinions and most importantly, votes on vital college issues on your behalf.  In January, the newly elected Executive Board will set goals for the two years ahead.  The results of the election will be announced at the CSEA Holiday Party on December 14. In January, the newly elected CSEA Executive Board will be sworn in.

There are some amendments we have made to our Constitution that are waiting for final approval by CSEA.  The chapter duties will be increased, and there will be a new officer on the Executive Board: Chief Negotiator, to be appointed by the Chapter President and approved by the Executive Board.  It has been tough for one person to handle two vital areas over the years, and hopefully a newly elected President and Chief Negotiator will be able to concentrate better on performing these job duties separately. Negotiations are our main concern because of uncertainty about the state budget; also, negotiations coming up in the next fiscal year will be for a successor agreement. Therefore, updating the contract is the ultimate goal of the CSEA negotiations team.

We have made many improvements and positive changes over the past years:

Although we have come far, there is still much work to be done.  This will take the commitment of every member, not just the CSEA Executive Board. & 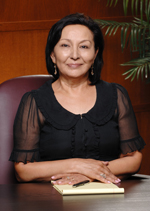