We all know these are tough times for everybody at the college, and for all Californians for that matter, because of the state budget situation.  No one would want to take any salary reductions and/or furloughs.  Recently, CSEA signed a Side Letter Agreement with the District on four furlough days for the month of December and gave up reallocation funds, Blue Shield rebate funds, for the last two years in order to cover CSEA’s proportionate share of the District’s deficit.  In spring 2011 we also took two furlough days in anticipation of this fiscal year’s budget deficit.  In addition, we had some funds from the furlough days we had taken during the 2009-10 fiscal year.

What bothers me as a union leader is when we point fingers at the other groups and/or try to negotiate for other groups, and/or give some not so ethical suggestions to the District about other groups.  Can we please stop doing this?  Can we respect each other and not try to get out of the budget mess on the backs of other groups?  What if each group took a credit for their proportionate share of the $2 million saved from the unfilled vacancies?

There were 200 classes offered in the summer, and responding to the Guild President (Chaparral, Volume 20, Issue 1, October 2011), why wouldn’t you let part-timers, your brothers and sisters, have access to the classes instead of letting some full timers bank units? Especially after part timers already took a hit with the salary reduction two years ago.  Since when is prorata pay considered base pay?   Does it mean that all groups should claim a credit for the overtime, since they were not given an opportunity to earn overtime pay?   Every group has its proportionate share of the budget deficit, and that is what each group needs to concentrate on, instead of suggesting how thankful we should all be for enjoying  “the profit generated by adjunct faculty.”

I remember back in 1997, at the Classified Institute Day, the late Chris McCarthy shared his own experience when trying to enroll at his local community college.  He spent about three hours at the college, and every office he went to, directed him to another office.  He said he never went back there because of his bad experience with student services.  He was simply sharing how important classified employees are, those who greet and meet students way before they get into classrooms.

There are thousands of enrollment and financial applications processed; assessment tests are given to potential students.  It is a competitive world we are in; students have other colleges to choose from in the area, so it is vital for classified employees to do their job efficiently and effectively to attract every potential student. We can all argue who is getting a free ride or argue about who is taking a bigger hit.  Instead, wouldn’t our time be better spent by working together and treating each other with respect?  The perspective that one group is more vulnerable or more valuable should be changed, because we are all in this together.  Until then, we will be a dysfunctional family trying to steal from each other.  Is that really who we are?  I sure hope I am wrong. 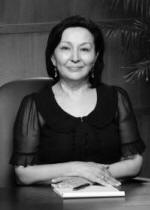