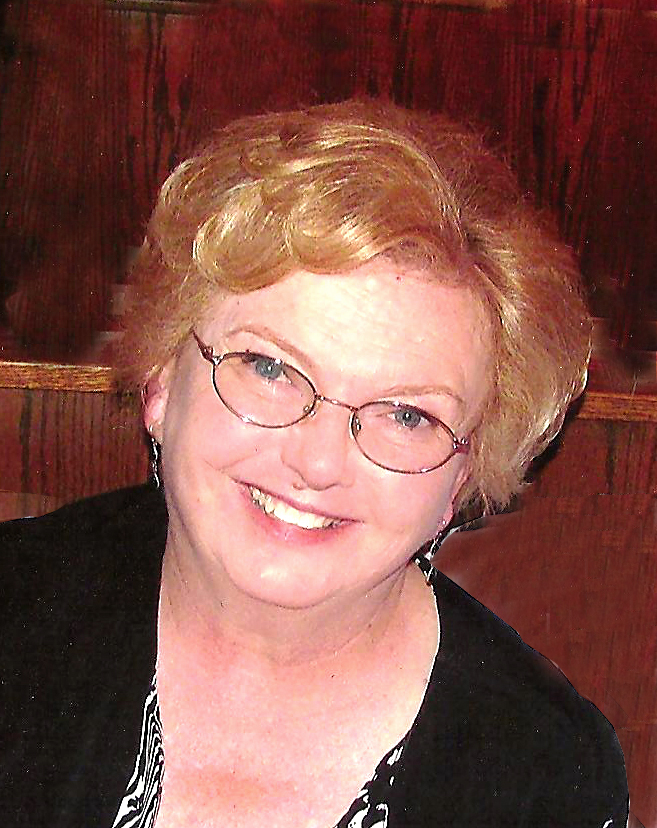 Pat Zayas Will Retire in December

Pat Zayas, our beloved Noncredit ESL Division Chair with a heart of gold and a spine of steel, is retiring after 37 years of devoted service to the GCC community.

Many of Pat’s colleagues might not know this, but Pat started teaching ESL quite by accident!  In the early 1970s, her husband, Ed Zayas, was working for GCC as an adjunct Noncredit ESL instructor while Pat was taking care of their three young children.  One semester, Ed’s beginning ESL class was over-enrolled with more than 50 students.  He asked Pat to help him in the classroom, and she quickly discovered that she loved teaching ESL.  She was hired as an adjunct faculty member in 1974, received her M.A. in Teaching English to Speakers of Other Languages from Cal State LA, and was hired as a full-time faculty member in 1997.  The culmination of her service began in 2007 when Pat was elected as division chair by her ever-appreciative and admiring colleagues. . . and she became Ed’s official boss!  Her passion for teaching writes the rest of the story.

During her career at Glendale Community College, Pat has served on numerous committees including Academic Affairs, Student Affairs, IHAC, Accreditation Teams A and B, Program Review, Enrollment Management, Division Chairs, DC-14, Foundational Skills, Parking, and Noncredit Matriculation.  She served as assistant division chair and managed the Citizenship Center, the English Literacy Civics program, and the ESL Literacy Tutoring Program.  Between 1999 and 2009, she managed the grant-funded Community Based English Tutoring Program, which comprised more than 60 additional classes at ten different sites throughout Glendale.  In addition to her administrative accomplishments, Pat also established herself as one of the most energetic, creative, and popular teachers in the division.

As a perfect complement to Pat’s work for Glendale Community College, she has always been actively engaged in additional civic activities, serving as president and secretary of the Glendale Literacy Coalition and as an executive board member of Altrusa International of Glendale.  She has also worked extensively with the Glendale Unified School District in her role as director of Community Based English Tutoring.  Pat has admirably represented the college through her civic engagement and community-building efforts.

As division chair for Noncredit ESL, Pat has managed more than 90 classes a semester on the Main Campus, the Garfield Campus, and seven off-site locations.  In addition, she has implemented a number of major projects during a fiscally challenging time, earning tremendous respect and devotion from both her full-time and adjunct colleagues.  Despite severe budget cuts, Pat has been able to support and retain the faculty while meeting a multitude of needs, such as moving ESL classes out of the bungalows to temporary trailers, then two years later from the trailers to new rooms after the construction of the new Mariposa building on the Garfield Campus.  In addition, Pat was instrumental in arranging the teachers’ resource area for the adjunct instructors, who needed the space to collaborate and prepare lessons. During this period, she also promoted the state ESL Certificate program, maintained the EL Civics and Citizenship programs, and leveraged the SLO movement to conduct a major realignment of curriculum and assessments, which has resulted in a more rigorous and purposeful ESL program for the students.

On December 15, she will be retiring and will be sorely missed as an outstanding and dedicated leader who has navigated all the responsibilities, pressures, and politics with directness, sincerity, a smile and calm demeanor which should be a model to all.  Those who have worked with Pat (staff, faculty, and administration alike) describe her as “the best person I’ve ever worked with,” and “the hardest-working person I know.”  Others have noted that “she is always there until late at night,” and is “the kindest” of people.

The following sentiments were written by an adjunct faculty member who has worked with Pat for more than twenty years.  They reflect what many of our colleagues feel about Pat.

“Pat is a good soul, and that is reflected in all she does, as a teacher, an administrator, a colleague and a friend.  She was always extremely dedicated and well-loved by her students, and

respected by everyone. Pat always seemed so easy to be around, so agreeable, that some wondered if she was simply too nice to deal with the kinds of issues a division chair faces.”  In fact, she was so admired and respected because underneath her pleasant manner there was a resolve to get things done directly, efficiently, with kindness, and with a sense of humor that gets us through the tough times.

What made Pat’s tenure so special?  As one colleague put it, “Pat made everyone, students and faculty alike, feel valued and supported.  That’s a great gift.  Perhaps Pat is so successful in what she does because she leaves her ego out of the equation and focuses on achieving positive results that benefit everyone.”

So what will Pat do after teaching ESL for thirty-seven years?   She will no doubt stay very busy.  She’s a devoted grandmother to eight grandchildren (and a fierce one at her granddaughter’s soccer field), and she is very involved with her church, genealogy projects, and Altrusa International.  She also has plans to travel with Ed, who recently retired as Dean of Academic Affairs at Mission College and will be retiring as an adjunct Noncredit ESL instructor at GCC this semester after his 37 years of service to GCC.

As a division, we are so grateful for the time she has devoted to her students and the faculty of Noncredit ESL.  Though not one of us will be able to bid her adieu without shedding a tear, we wish her nothing but the very best in her retirement.  And no doubt, we’ll see her around!  After all, her passion for ESL teaching and serving students lives on! &

Garfield Campus: We have classes!

Tell your friends and your students, especially if they are unemployed, shut out of credit computer classes, or want to learn English as a Second
Language. These classes are free! Read more about this!