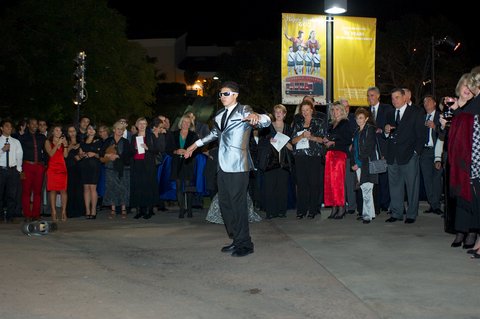 One of the things that stands out at Glendale Community College is the extraordinary philanthropic culture amongst faculty, staff, students and indeed, the local community.  That coupled with a passionate feeling about the work that is done here, a long history of successful fundraising, and an engaged and vibrant student population, makes this fertile ground for fundraising, even in today’s economic climate.  Our 85th Anniversary is a great example of how everyone came together for a successful event.

There are some unexpected, strange things about raising money in tough times.  Sometimes, it actually helps.  People step up to the plate when things are dire.  People you never expect to give, give Big.  People you think are a slam dunk, don’t.  Fundraising is an art, not a science.  However, there are some factors that can lead to increased success when preparing to raise major money for a capital campaign or other major projects.  Here are just a few:

2. Having a ‘cause’ that is clearly defined and resonates with donors:  Donors like to give to very concrete causes.  Building a Planetarium.  Building a Culinary Arts Center.  Building a Student Success Center.  They want to feel that their money is going ‘directly’ to help solve a problem. They don’t like to donate to pay for ‘overhead’.  They don’t want to pay for staff, although we know that without staff, it is very, very challenging to keep everything organized and moving forward.

3. Having a strong Foundation that is integrated into the fabric of college.  This also includes a Foundation board who is willing and able to raise money and to attract others to give, and a staff that understands and supports the core mission of the college.

4. Having leadership of the college not only in agreement, but passionate about the cause for which they are raising money.  This includes Trustees, Administration, Faculty, Staff, and Student leadership, along with the Foundation.

6. Making sure your donors are not torn between other major campaigns in your local community.  Glendale, for example, has many great causes, and we often ask the same donors to give to multiple things.

I would value your perceptions on how ready you think we are to raise major funds, and for what purpose, and what role you think you could play.  Please e-mail me your thoughts at Lbrooks@glendale.edu