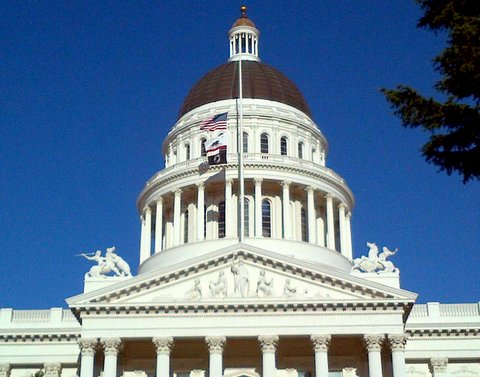 The state legislature concluded their two year legislative session at the end of August. 996 bills passed out of the legislature and were sent to the Governor’s desk; 876 were signed and 120 vetoed. He again showed his support for The Dream Act, by signing AB 2189 (Cedillo)--driver’s  licenses for undocumented Californians. The Governor completed work on the hundreds of bills that were sent to his desk late Sunday evening and signed a number of bills that will have a major impact on community colleges. The Governor had a deadline of midnight, September 30, 2012 to sign or veto all measures that made it to his desk in the closing days of the legislative session.

Among the community college bills of interest signed by the Governor were the following:

For a complete list of bills signed and vetoed by Governor visit: http://www.gov.ca.gov/news.php?id=17770

Governor Brown also signed AB 340 (Furutani) which amends statutes affecting public employee pensions. Among other changes, AB 340 establishes a cap on the amount of compensation that can be used to calculate a retirement benefit for new members, prohibits the purchase of service credit for all members, and reduces the retirement formulas for new employees. Stayed tuned, there will be a full article on pension reform and AB 340 in the next edition of Chaparral.

Speaking of Sacramento, On September 27, Dr. Brice Harris was named as the next Chancellor of the California Community College system.  Well known to the education community, Dr. Harris led Sacramento's four-college Los Rios Community College District for sixteen years before retiring in August. A 40-year education veteran, he was previously president of Fresno City College and a faculty member and administrator in the Kansas City, Missouri, community college system.  Dr. Harris begins on November 6, 2012.