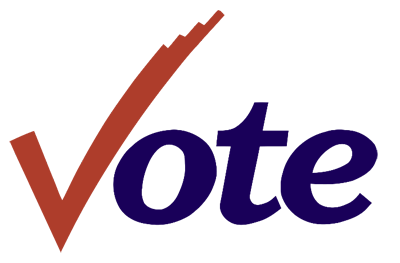 The recent midterm elections have once again demonstrated just how important it is for us to vote. Contest after contest across the country is still in doubt as of this writing (November 19) two weeks after the election owing to the need to account for every vote in hotly contested districts. Voter turnout was relatively high for a midterm election (nearly 50% turnout, which is the highest since the 1966 midterm).

There are many factors that contributed to this relatively high level of voter participation, but the essential reality is that voters felt their participation was important. It seems that since the hotly disputed presidential election of 2000, the electorate has increasingly embraced the importance of participation. It has become apparent that every vote maters.

This is nowhere clearer than in the race for California Superintendent of Public Instruction. On Election Day it seemed that the heavily funded pro-Charter school candidate Marshall Tuck had a narrow 75,000 vote lead in the polling. And yet, this apparent victory gradually morphed into a significant defeat as millions of mail-in and provisional ballots were counted. Now, nearly two weeks after the polls closed, the pro-public school candidate Tony Thurmond has a nearly 150,000 vote lead, with that margin only increasing as the counting continues.

Your voice is essential for determining how your union will represent you in the coming year. It is your voice that we must listen to.
So speak, so we can hear.

Tony Thurmond was the candidate supported by our parent union, the California Federation of Teachers (CFT). The CFT worked tirelessly to coordinate grassroots campaigning in order to defeat a candidate that outspent Thurmond nearly 3 to 1 ($20.4 million to just over $7 million). Without the support – far beyond monetary contributions – of our CFT, the future of California’s public education system would be in doubt. The forces working to privatize public schools would have scored a significant victory, allowing them to make inroads that would clearly have a negative impact on the ability of all children in the State of California to have access to public schools that have to meet standards and support all children who can benefit from that education (Charter schools are freed from the need to service all pupils, instead setting up schools where special needs children will have no support systems, and where enrollment can be based on recruitment and selection rather than providing education for all).

With all this being said, I am calling for YOU, the members of the Glendale College Guild, to cast your vote in the current ballot. While the Tentative Agreements may not be controversial, your voice is essential for helping to shape the direction your union will take in negotiations. We have polls aimed at gauging membership views of issues facing unions, as well as a robust list of proposed reopeners that need to be ranked so that we know what you want us to negotiate.

In short, participate. Your voice is essential for determining how your union will represent you in the coming year. It is your voice that we must listen to.

So speak, so we can hear.