What Lessons Does an Heropreneur Public Event Teach?

The biggest lesson is that of the importance of communication between divisions if a project requires collaboration in order to be successful.

Heropreneur, the coining of two words, Hero as viewed through Joseph Campbell eyes in his seminal work A Hero with a Thousand Faces, and Entrepreneurship, a word problematic in itself, to create a new word is just up my alley—something I would do, being an English major and lover of words and how words shape our thoughts and perception and color how we view the world.

Daniella Papi-Thornton, a social entrepreneurship professor at Harvard who originally came up with the term, views it in a light very different from mine. In her YouTube video of her TED Talk, she speaks about how there are too many Ecopreneurs who seek to be that one face of change but who don’t necessary believe in being system changemakers. They want all the accolades and recognition that goes with being a changemaker but they do not quite understand that in order to be an effective changemaker one has to apprentice with a problem in order to understand it in depth before becoming that changemaker they envision of themselves. She urges them, from a social entrepreneur educator perspective, to ask of themselves, how is your work going to further the impact of everyone else who seeks to bring about change? Ask how everyone’s work is better off because you contributed? This is systematic problem solving that takes time, critical thinking and a deep sense of commitment to change, and not something that looks for flashy solutions to problems students have as yet not understood.

Looking at my students and their needs, I see students who lack role models. Many of them are from a marginalized community and are from a low socio- economic background, and they are in desperate need of heroes as role models. Therefore, the term Heropreneur speaks to me as a term from which my students learn about the journey of a woman of impact whose legacy leaves them inspired to start such a journey of their own in bringing social impact to their world.

In celebration of Glendale Community College’s Women’s History month my students wrote about a woman who they viewed as a Heropreneur. They were urged to choose women from their culture preferably, if not a woman they admired. All the women they chose were leaders and activists who had brought about change in their communities. Women who had stood up to insurmountable obstacles and yet never been fazed by their mission to bring about change. My students examined their journey through Joseph Campbell’s Hero’s Journey twelve step circular pattern, mapping at least 6 of the steps to their journey and using descriptive figures of speech to demonstrate this in a writing exercise that made this journey more visual. To help them understand the power of description and words, they had to go to the MakerSpace, the “GCC Sandbox,” and create an artifact that embodied and symbolized their woman of history.

I believe in experiential learning: learning a concept by actually doing it. Making my students go use the MakerSpace on campus, a place where none of my students had ever ventured, was a bold move. It did get a lot of resistance, not only from my students, with comments like, “we are not engineers” to, “if we wanted to learn about women’s history month, we would have taken a women’s history class,” to even a backlash from the lab workers who were not expecting an influx of ninety plus students to suddenly descend on them seeking information on how to use the various equipment in the lab. A middle ground was negotiated with the promise that students would get full credit for their artifact part of their grade as long as they attended a workshop hosted by the lab. It was heartening to note that many of them overcame the initial reluctance and went on to learn new software and what was needed for 3D printing and laser cut machinery.

In the end, the event organized was a success. Lessons learned from such a project is that it takes communication and collaboration between divisions. If long lasting change is to be had, we need to break down silos and make entrepreneurship education a cornerstone in every discipline and division. Collaboration is at the heart of entrepreneurship education and it is at the heart of preparing our students for work and for academic success. English language class and composition is all about clear communication. It is projects of this nature that urge students to get out of their comfort zone and explore a new place, physically and in writing/thinking where real learning and problem solving takes place.

My students learned on the day of their Heropreneur public event that one woman became the face of the social justice issue that she was an advocate for but she did not do it alone. It took a team to make her who she was, specifically a mentor who believed in her whom she could lean on during the tests and battles she had to face. Likewise, my students too need that collaborative service that is available to them at a community college in order for them to reach their full potential.

Entrepreneurship education and a MakerSpace gives them an opportunity to experiment, play, ask questions, learn in an environment that is safe to stretch and grow. Entrepreneurship more than anything makes them critically think about their world around them, finding gaps and figuring out ways to fill those gaps.

I end by quoting an African proverb:

It is the same with education. If we are to succeed in creating thoughtful citizens who wish to create social change, we should teach them to be open to communication and collaboration, and do this first by making collaborative projects the hallmark of community college entrepreneurship education. 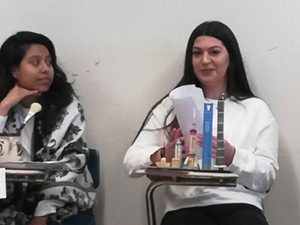 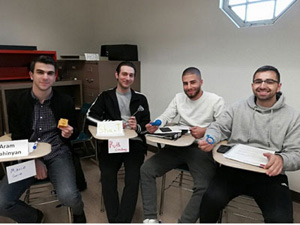 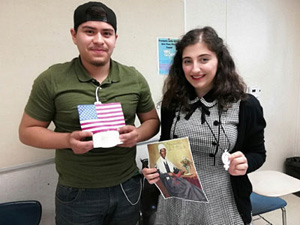 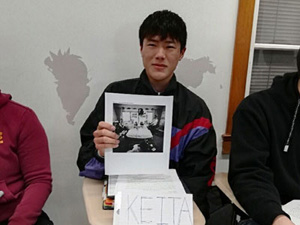 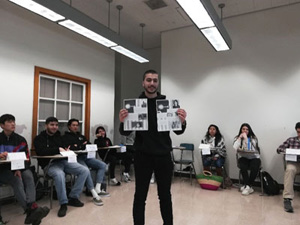 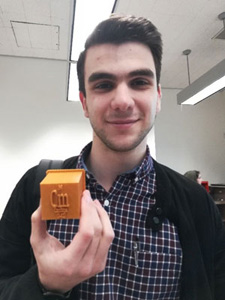 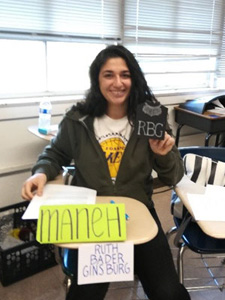 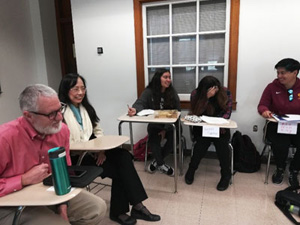 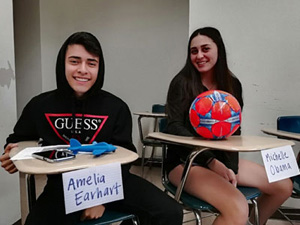 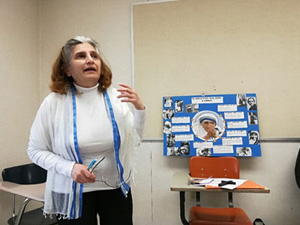 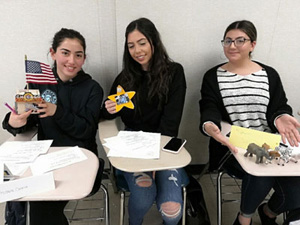 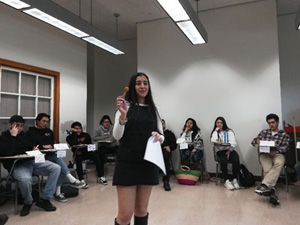 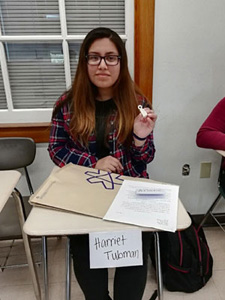 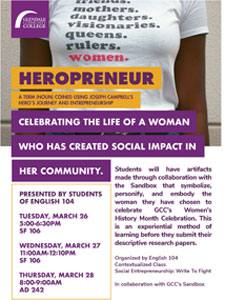