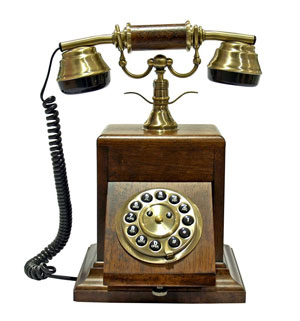 One of the hallmarks of recent Guild-District dealings is open lines of communication. To some, who have seen and participated in the necessary battles to achieve important gains for the faculty during negotiations, this approach seems counterproductive. Aren’t we at odds with the District? Isn’t it important for the membership to identify the ways the Administration hides money, obstructing important negotiations? This approach has (and could again have) its place in negotiations and other Guild objectives, but the current state of affairs has opened a window for productive dealings without such threats and posturing.

The current approach to Guild-District dealings is based on open lines of communication. As with any healthy relationship, this style is built upon shared assumptions for both parties. In our formal and informal talks with members of the Administration over the last 2 years, we have come to establish some very important shared perspectives. By means of explaining how this approach works, let’s take a look at salary negations.

First, both constituencies feel that faculty are important and should receive increasing compensation (in all its forms) over time. Second, it is also understood that the District must be fiscally responsible in order to be able to provide all the services required to help our students succeed. Instead of seeing these two viewpoints as mutually exclusive, there is an understanding that the two assumptions lie at the two ends of the budgetary continuum. By acknowledging the District’s need for financial planning as well as a shared desire to find ways to adequately compensate employees, your Guild and the District can have open communication to find the balance between these two aims.

Such open lines of communication do not mean that your Guild and the District always have the same solutions to these competing priorities. For the District, financial stability is a more cherished objective than employee compensation, while your Guild maintains the opposite priority. This, it seems, must lead to conflict-based negotiations. We want this and they want that. The ideal of open lines of communication seems to dissolve in face of hard financial realities.

And yet, this is precisely where “communication” becomes the essential feature of our current negotiation style. Because both sides have been open in voicing their respective priorities, there can be an honest discussion about how to resolve the differences. Instead of taking sides in an argument, your Guild and the District can look at the data regarding revenue, expenditures, enrollment trends, potential impact of the new funding formula, etc., in an effort to reconcile the two perspectives. We work together to try and identify the maximum increase in compensation that does not threaten ongoing financial stability.

As you can imagine, this monetary tango is not an exact science. Projections, fears, regional uncertainty, and numerous other factors get in the way of making completely accurate resolution. But since the process was collaborative rather than combative, it allows for the two groups to have ongoing dialogue that uses past experience to guide current discussions. Since we are not fundamentally adversarial, the communication can continue so that the next round of negotiations can work to achieve a more accurate interpretation of Glendale College’s financial realities.

The lateral benefit of this collaborative approached of open communications is that some Guild issues are quickly embraced by the District. Take, for example, the recent opportunity to have our adjunct faculty enroll in Kaiser as their insurance provider rather than Blue Shield. Because we have developed clear and straightforward lines of communication, the District quickly agreed to offer this new insurance option. If there had been mistrust that is central to conflict based negotiations, this important opportunity for adjuncts could have languished at the table for months and months, and potentially been “traded off” for some other gain. Instead, the District accepted your Guild’s argument that this would be beneficial for adjunct faculty, and was willing to accept this as an important priority from their perspective as well.

In short, the Guild-District relationship can be equated to a marriage.
Without honest communication, the relationship is doomed to failure.

The key to the success is an understanding that both parties are in the relationship for the long haul, and it does little good – in that long haul – to rely on power and coercion to resolve differences. This can only result is resentment, obstructionism, misrepresentation, or outright deceit. Right now it seems that Guild-District relations are healthy, so we shall work to foster the open lines of communication to maintain that positive approach.