The Vanishing Half and The Book Woman of Troublesome Creek 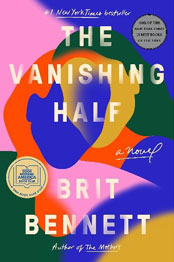 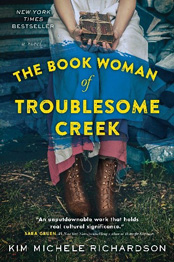 The Vanishing Half by Brit Bennett

Beyond individual and community-based racial issues, one may come away from reading this book wondering if their past successfully integrated into their present or vanished.

The Book Woman of Troublesome Creek by Kim Michele Richardson

Similar to The Vanishing Half, a particular community of folks of color is introduced. However, the blue hue is unique to this particular region of the Appalachians This story left me asking myself about degrees of resilience and my own decision-making processes.

The Body Keeps the Score 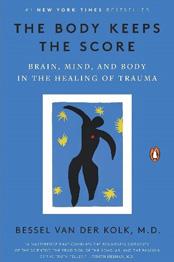 Written by a neuroscientist in an accessible way, The Body Keeps the Score: Brain, Mind, and Body in the Healing of Trauma by Bessel van der Kolk M.D. is a masterful inquiry into the impact of trauma on both individuals and society. This seminal work in mental health provides an empathetic and insightful look into the neurobiology of trauma, the ways it manifests, and healing practices. This book creates a new lens to view the impact of trauma on the whole person by combining scientific, historical, and sociological analysis with patients' accounts and his own experiences. The Body Keeps the Score will give you greater empathy for your students, your fellow human beings, and even yourself.

Parable of the Sower 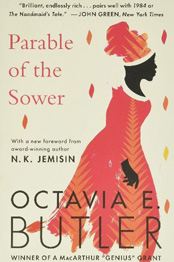 I'm reading Parable of the Sower by Octavia Butler. I started it because it was the Faculty-Student Book Club selection; then I couldn't attend the meeting, but it was so good that I decided to keep reading it anyway. It's a dystopian novel about life in California after climate change and economic inequality have taken their toll. It's hard to read at times – definitely not for the faint of heart – but the main character and the concise prose draw the reader in. I think about it a lot as I'm driving around LA. If you're depressed, maybe don't read it during the pandemic. But if you can handle some close-to-home apocalypse writing right now, it is provocative and artful.

The GCC Library has an ebook and a print copy

The Spirit Catches You and You Fall Down 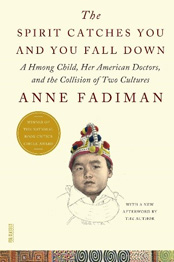 The Spirit Catches You and You Fall Down by Anne Fadiman. This moving and captivating book taught me much about the Hmong and the conflicts that can occur in modern medicine. 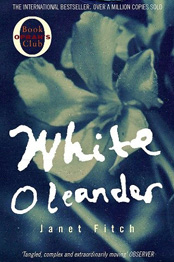 White Oleander: A Novel by Janet Fitch. The GCC Library has a print copy available.

I would recommend it. This book is an interesting novel about a Los Angeles girl and her adventurous experiences in foster-care program while she is moving from one house to another.

The Rosie Result, The Lost Shtetl, and Waking Lions 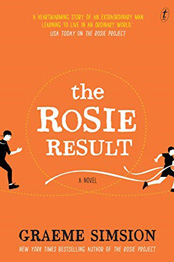 The Rosie Result by Graeme Simsion

The is the final volume in a 3-title series. I've recommended the first 2, and recommend this one, if you're interested in sticking with the series. The main character is a very high functioning autistic person. The first book is about an autistic geneticist finding a wife; the second is about the couple having a baby, and this one is about helping the child, now 10 years old, fit into school. The topic of autism is not of my personal concern, but the books are so well written to keep me to stay with the story and care about the characters. The quirky characters continue to grow and change, and the addition of the 6th grader to this group fits. He moves from New York to Melbourne, has to make friends, and doesn't fit in. From everyone in his life, he learns to change what he can that will make life easier but also continue to be himself.

The Lost Shtetl by Max Gross 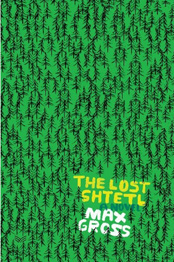 A Jewish town (shtetl) in Poland is completely missed by the Nazis and the Soviets and continues on as it has for decades (think Fiddler On The Roof). A young man from the shtetl has to go to the city and suddenly discovers the 21st century. The way the 21st century city dwellers treat him (he's sent to the hospital psych ward, because he must be crazy), and how he reacts when he returns to the shtetl are what's fascinating about the book. This is an interesting way to look at the conflict between cultures and times. It starts with a description of a culture that basically no longer exists, which can be intriguing in itself. Then the shtetl has to find a way to survive the sudden change into the 21st century. Since I'm only a third of the way through, I don't know how they do this. 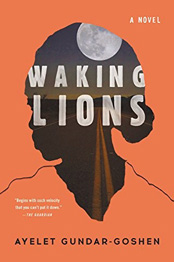 I find this book very dark and almost grim. An Israeli neurosurgeon runs over an Eritrean refugee at night in Bet Sheva, and since he thinks no one saw him and the Eritrean cannot survive, he leaves the scene. The wife of the victim actually sees it, finds the doctor's wallet, and comes to his house. The ransom is that the doctor has to treat the Eritrean and Sudanese community for free every night. There is much in this story that can ruin his marriage, especially since his wife is the police officer investigating the hit and run. Given the difficulties of lives during a world-wide pandemic, this might be too much. I'm only about 2/3 of the way through the book, so I don't know how this is all going to turn out, but it's hard to keep reading at a time like this. The characters are interesting and not at all one-dimensional. How they deal with the stresses of their lives and this situation is well-developed. The lives of illegal refugees who can be deported at any time, live very much on the edge, and have to get what they need any way they can, is universal, as I learned in this book. 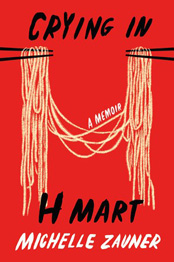 I just finished reading the heart-breaking and beautifully written memoir Crying in H Mart by Michelle Zauner of the indie rock band Japanese Breakfast. The book is centered around Zauner's grief over her mother's battle with and eventual death from pancreatic cancer. It's about identity, family, and Zauner's pursuit to preserve ties to her Korean culture through the traditional dishes she ate growing up and has learned to cook as an adult. Get ready to cry a lot, laugh a little, and be hungry for some delicious bibimbap and bulgogi. 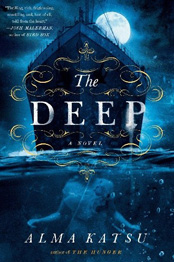 The Deep by Alma Katsu weaves together a story of the Titanic and its sister ship which also sank, the Britannic, to create a compelling ghost story populated by a vibrant cast of characters. As the plot unfolds, certain things feel as inevitable as the sinking of these two ill-fated ships, while relationships unravel as they are tugged by the threads of truth. This book will immerse you in that world while exploring with a tender and modern eye the consequences of social stratification and Victorian mindsets about sexuality. The storytelling and prose of this one lulled me along on the voyage, investing me in all the little moments that made up these people’s lives, or at least the portion of their lives taking place in this extraordinary situation.